If you’re trying to get pregnant or just want to get a better understanding of your cycle—ovulation strips are an easy and affordable way to do so in the comfort of your own home. Depending on where you are in your trying to conceive journey, you may also want to check in with your doctor to help advise you on your overall health.

Here, the best ovulation tests to kick start your trying to conceive journey.

These tests from Clearblue top our list for their accuracy, ease-of-use, and value for the cost. There are no lines to interpret: a smiley face appears when you’re at your most fertile (when your Luteinizing Hormone or LH surges). They promise 99 percent accuracy, and it takes just three minutes for results to appear. There are 20 tests included in the kit. To use, urinate on one of them then insert it into the reusable monitor for your results.
Added to wishlistRemoved from wishlist 0
9.8
Check Latest Price
Read full review

Trying to get pregnant? Of course, there’s an app for that. This kit from Easy@Home works much like other ovulation predictor kits in that you dip the test strips in urine and wait to see if your LH level is surging, meaning your chances of getting pregnant soon are at their peak. It comes with 50 ovulation tests and 20 pregnancy tests as well.

What sets this kit apart is that you can also download the company’s app and get digital test results right on your phone. It also allows you to track your symptoms and cycle, so you have the best picture possible of your fertility.

If you don’t want to mess with a monitor, these ovulation strips from Pregmate provide a straightforward way to determine when you’re at your most fertile. They measure your LH and let you know when you’ll be having a surge. The number of tests you'll need each month will depend on the length of your cycle, but this kit contains 50 tests, so you’ll be set for a while. It also includes 20 strips to test for pregnancy, which is a nice bonus.

These ovulation tests from Wondfo have neither bells nor whistles, but they will help you determine when you’re most fertile. There are 50 strips included, so they’ll last you quite a while. To use, you collect some urine and dip in one of the strips and in three to five minutes.

It will let you know if your LH is surging, meaning your chances of conception are at their highest. Bonus: this pack also comes with 20 pregnancy test strips.

If you like the latest and greatest technology for every aspect of your life, then this monitor from Clearblue may be the right choice for you. It helps you detect not only your LH levels, like most ovulation tests, but your estrogen as well and gives you a rating each day that evaluates your fertility—low, high, or peak. It promises to identify three times more fertile days per month for users so that the odds of conceiving a baby are increased. It also stores your cycle information for up to six cycles, so you can compare and look for any patterns or differences.
Added to wishlistRemoved from wishlist 0
9.5
Check Latest Price
Read full review

While tracking your ovulation cycle, you'll also want to track whether or not you’re pregnant if you're trying to conceive. This kit from iProven contains tests for both. In all, there are 50 ovulation test strips and 20 pregnancy test strips, so this set will go the distance.

What To Look for in an Ovulation Test

You never know how many months you’ll want or need to use ovulation tests, so for some people, budget is a major concern. Digital tests and monitors run on the higher end but offer more convenience. If you really want to save, look for a pack that includes pregnancy test strips as well.

Simple ovulation tests can be quite complicated to chart and decipher. You have to compare and differentiate between the darkness of lines. Alternatively, a digital test, monitor, watch, or app that scans strips will make things a lot easier.

Before you purchase an ovulation test kit, consider how much you want to know and track about your cycle. The Clear Blue Digital Test Kit, for example, just gives you simple smiley face when you’re ovulating but doesn’t offer a way to track that your cycle month-to-month. For a larger perspective, something with an app is the way to go.

Along with your budget, the quantity of strips that are included in the ovulation kit you choose will determine how long the kit will last. For some, a kit that lasts months is important, whereas others may prefer to purchase on a month-to-month basis.

How long after a positive ovulation test do you ovulate?

It’s not an exact science but expect to ovulate about 12-24 hours after a positive ovulation test. There are 6 days in the month that count as your most fertile days.

When should I start testing for ovulation?

You can test for ovulation at any time of the day, but experts suggest the morning as it may give you the best results. If your typical menstrual cycle is 28 days you would perform an ovulation test 10 or 14 days after starting your period.

How long after ovulation can you take a pregnancy test?

For the most accurate results, wait until at least 7 days after ovulation to ensure the hCG levels are high enough to give a positive test.

Can an ovulation test detect pregnancy?

In short yes, ovulation tests can detect pregnancy but they are meant to predict ovulation and should be used for that. The hormones that ovulation tests and pregnancy tests are looking for have different functions in the body, but their structures are very similar.

We will be happy to hear your thoughts

0 What’s the Best CBD Oil in 2021? (Science-Based Reviews of the Best Brands) 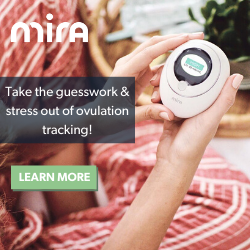 Re:HealthCommerce.net© The material in this site is intended to be of general informational use and is not intended to constitute medical advice, probable diagnosis, or recommended treatments. All products and services featured are selected by our editors. HealthCommerce.net may receive compensation for some links to products and services on this website. Offers may be subject to change without notice.

Health Commerce
For vendors
Sign Up for Weekly Newsletter